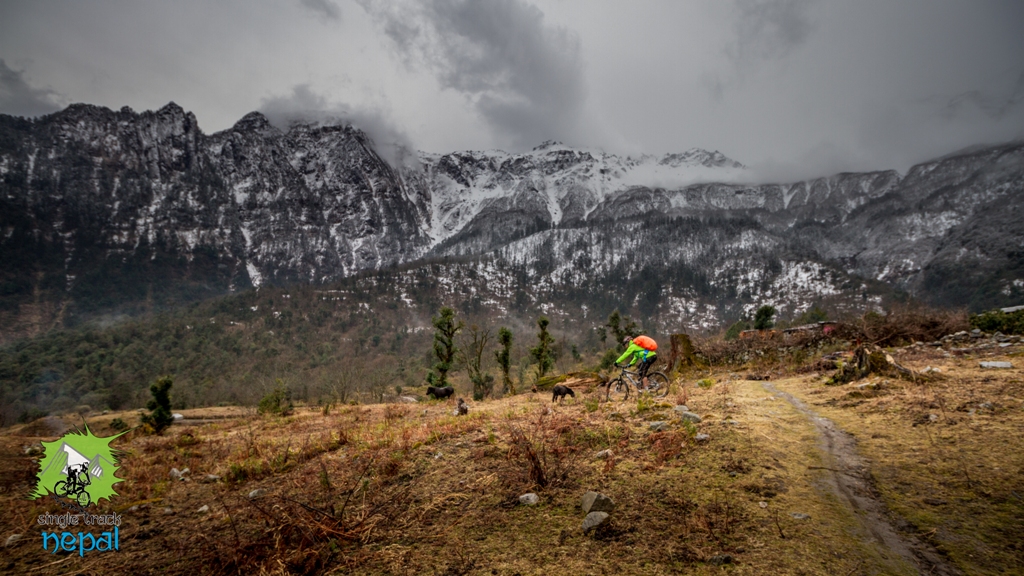 “Explore Manang and the highest lake in the world”

This trip journeys into the heart of Manang, a region that borders Tibet in the middle of Nepal’s Himalayan mountain range. Beginning close to sea level at 760m elevation, this trip climbs to almost 5000m (4160m elevation gain!) when we reach the highest lake in the world, Tilicho lake. The route follows the start of the classic Annapurna circuit, but branches towards Tilicho after the main town of Manang. We spend a few days exploring significant sites around Manang to acclimatise to the increased altitude gain. As we ride to our summit of Tilicho lake at 4920m from our start in semi tropical forests of lower Manang, you will be amazed by the vast biodiversity and cultural diversity that Nepal has to offer. The landscape changes dramatically from steamy hot wooded forests to sparse high alpine scrubs and scree slopes at the base of the Annapurna mountains (I-IV), which includes the 10th highest mountain in the world, Annapurna I (8091m). Ethnic groups of Gurung and Magar people mostly populate lower Manang who practice a mix of Hinduism and Buddhism, but as we approach upper Manang, Tibetan descents of Bhotia ethnic groups predominant here with a very strong Buddhist culture.

There is also huge variety in the riding on this trip; fast jeep tracks, flowy and rocky single tracks, challenging downhill switchbacks, exposed routes and not to mention all the new single tracks we will be exploring between villages. There is something for everyone on this trip.